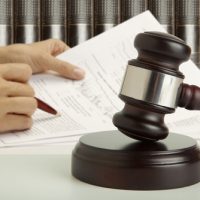 A worker who is injured on the job is not allowed to sue the employer for negligence but instead must file a claim for workers’ compensation in order to be reimbursed for medical expenses and lost wages. However, the worker may be able to sue a third-party for damages in addition to filing the workers’ compensation claim, where the third party is responsible for causing the accident through negligence or misconduct. An example might be an employee who is injured in an automobile accident while making deliveries, or a construction worker injured because of unsafe conditions on the premises which were not fixed by the property owner. In these situations, the injured worker may have two paths to compensation for his or her injuries: the workers’ compensation administrative claim, and a lawsuit in civil court against the negligent third party.

The Forum Changes, but the Facts Remain the Same

Since both claims arise out of the same incident, it is likely that many of the same facts regarding the accident or injury will be relevant to both cases. A legal principle known as collateral estoppel can keep the same issue from being litigated more than once. This means that however facts are decided by the workers’ compensation board, a later civil court will accept the board’s resolution and not allow the parties to re-litigate the issue in the personal injury lawsuit. Of course, there are several conditions which must be present in order for the court to invoke the collateral estoppel rule, such as whether the issue is an ultimate fact that was finally determined, and whether the worker had a full and fair opportunity to litigate the issue in the first proceeding.

Court Rules that Duration of Disability is a Question of Fact

In the recent case of Auqui v. Seven Thirty One Limited Partnership, the New York Court of Appeals ruled that a WCB determination of the duration of a disability prevents the issue from being litigated again in a third-party liability suit. This decision is somewhat controversial, because some would argue that the question of a disability’s duration is a legal question and not a factual one, or at least a mixed question of law and fact.
The rationale in the Auqui case may soon be found to apply to other issues that may be in common to a workers’ compensation claim and a civil suit, such as the extent of the injury and the amount of damages being sought.
The Auqui decision is favorable to the defendant and detrimental to injured workers, who cannot invoke the collateral estoppel doctrine against the third party for technical reasons. While injured workers may continue to file both workers’ compensation claims and third-party liability actions where appropriate, they may find that a negative outcome in one case can affect them negatively in the other.
Dupée & Monroe, P.C. is a Goshen personal injury law firm representing victims of workplace accidents and on-the-job injuries in Orange County, NY and throughout the Hudson Valley. Contact us for help with a personal injury or wrongful death claim against a negligent party.